Dating A Much Older Man/ The Positive Side👴

Posted by Virtual Assistant at 7:02 AM No comments:

Posted by Virtual Assistant at 10:03 AM No comments:

Around the globe, there are many older men, whether immature or not, who date younger women, but for the wise man, he is not like other men, who may be older by number, yet still have much growing up to do.

Experienced and mature, the older, single man refuses to be misled by a wayward young woman who knows little about him or respects his life experiences.  The unwise and immature woman assumes she knows him, because her father, uncle, male co-worker and ex-boyfriend are older.  She may have been spoiled or not by the men in her life.  She may have envisioned what her ideal younger Mr. Right might be, yet learned the hard way that he simply doesn't exist.  She may have a list of 20 plus things she wants from a man, based on her conversations with older women, and still hasn't scored big.  The young lady may have deceptive plans to get her needs met by any means necessary.

After learning of a young woman's ill intentions, the mature man will not be so kind, no matter how beautiful. He is aware of the youthful one who fakes interest in him just so that she can fulfill a void or worse get close to his connections, material assets or other more attractive things.

These charming young women, who unfortunately do manipulative things, will eventually "need space, want to break up" when they have had enough of the older man's resistance and wise observations. The mature man just might drive the poor girl out of his life, because he has seen that type before! 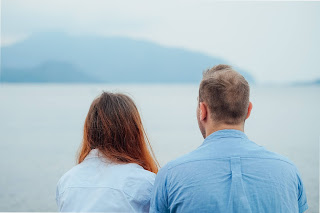 When we think of those abusive older men, who were quite cruel, to young women, we may have overlooked their reasons as to why they behaved so harshly.  Of course, it is not ever acceptable to abuse anyone, but what might have triggered some abusive older men to behave so disrespectfully with younger women?  For some men, they realized that what they did in their youth to others, came back around full circle and they hated their younger partners for it!  The idea that someone so beautiful, friendly, and considerate could so easily and effortlessly hurt them is too much too deal with for some disturbed men, so they go off mentally and/or physically!  The older men, who are known abusers, are dangerous and will not tolerate younger women lying, stealing, cheating, or doing any other things to hurt them whether justified or not.

Now the more self-controlled older man, wise in his ways, he will be strategic in what he does to learn more about the young woman who he might suspect has her share of motives for agreeing to date him.  He will not be so easily charmed into believing that the woman is in like or love with him.  He realizes that there is a significant age difference and so with that he will have many questions and would want very much to find out, "Why me?  What does she like about me?  What does she really want from me?"  He has every right to question what is it about this young lady that she is drawn to concerning him especially when most young women wouldn't even look twice at him much less accept his advances.

At the start of the relationship, it will seem too good to be true.  That's because it probably is!  Whether the young lady knows that she has her share of personal issues or not concerning dating older men, for the logical-minded man, he knows that one day she will awake to a harsh truth, her personal reality, that someone or something was absent in her life and that the older man who is in her life now is there to fulfill that void.  For the sake of her beauty, attention and warm affection, the older man, whether wise or not, just might accept his role, but in the back of his mind he knows the truth.

When dating the younger woman, the wise older man is not going to be too concerned about the challenges he faces while dating her, because as a man, most people are not going to approach him with, "Why are you dating her?"  They know better.  He also knows that he has more life experience so he knows that he can provide some value to her life.  What may bother him in time, however, is what can the young woman really do for him?  Is she an added benefit to his life or a burden?  He may be tempted to "train" her into a role that she may or may not be willing to accept.  During the early part of the relationship, she may be resistant to his requests and strategies.  Unfortunately, she might view what he is suggesting/advising/arguing about as being controlling.

Many challenges might arise in the May-December romance, but ultimately what is to be learned is that the wise older man is not easily charmed by the youth and beauty of a woman.

Posted by Virtual Assistant at 12:25 PM No comments:

Dating Older Men or Younger Women? What has been your experience?

For years we have reported and shared personal experiences dating mature men and younger women.  The site has gained momentum over the years because of great content and readers willing to share!  If you are someone who would like to share your experience, product or service that appeals to our singles, feel free to use the contact form on the side bar.  We would love to feature your content for a reasonable fee.  Thanks so much and keep coming back to the blog for great information! 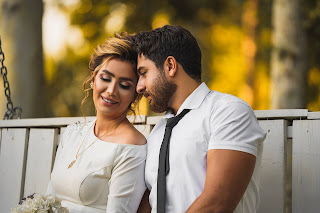 Posted by Virtual Assistant at 12:21 PM No comments:

Individuals, groups and businesses who would like to advertise, send requests here: nichollmcguire@yahoo.com